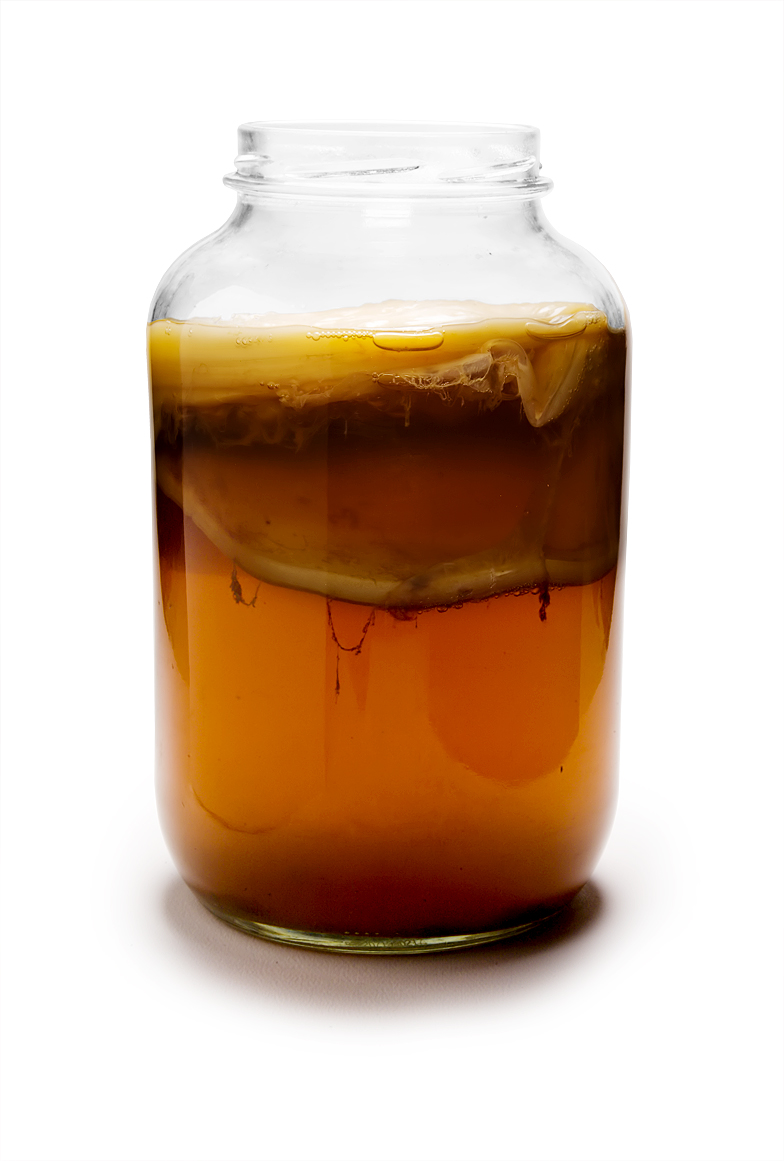 Kombucha is produced by fermenting tea using a symbiotic culture of bacteria and yeast (SCOBY) commonly called a mother or mushroom. The microbial populations in a SCOBY vary: the yeast component generally includes Saccharomyces cerevisiae, along with other species, while the bacterial component almost always includes Gluconacetobacter xylinus to oxidize yeast-produced alcohols to acetic acid (and other acids).[3][4] Although a SCOBY is commonly called tea fungus or mushroom, those terms are misleading. The culture is actually “a symbiotic growth of acetic acid bacteria and osmophilic yeast species in a zoogleal mat [biofilm]”.[1] The living bacteria are said to be probiotic, one of the reasons for the drink’s popularity.[5][6]